well, today it was time to mess around with the new espresso-maker I’d just ordered in my previous post – consider this post inspired by a conversation I had with Andre Chaperon while ago;-)

This is the coarsest grind, and also the ‘coarsest’ result.

The crema looks ok for a very short period of time, the resulting espresso is ok, but nothing special. 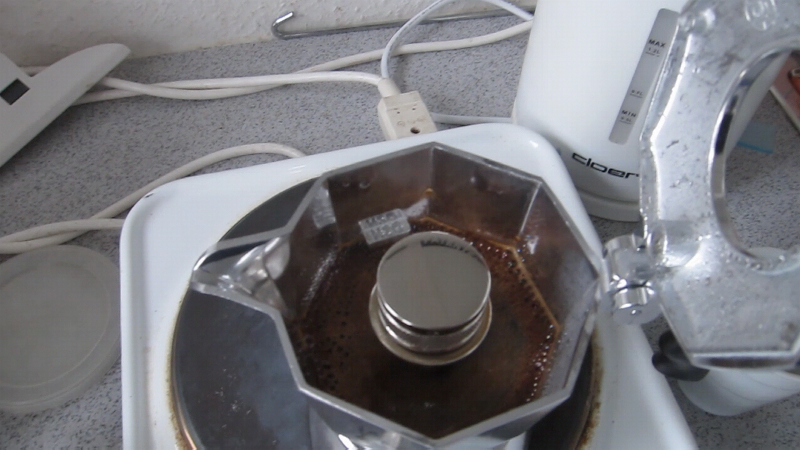 Slightly finer than #9 obviously, we’re definitely getting closer to the ‘perfect’ crema (and taste). 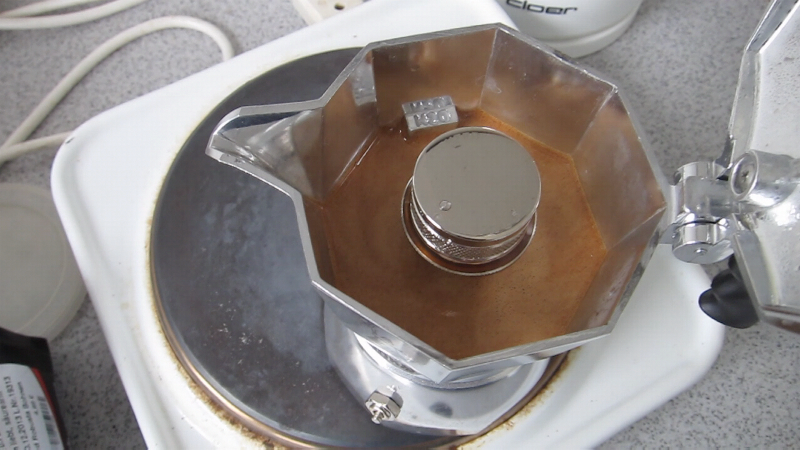 Going from #7 to #5 has overshot slightly, the crema is nice when it comes out, but deteriorates rather quickly. Still rather nice aromas and rather good taste. I reckon we’re just on the other side of the sweet-spot. 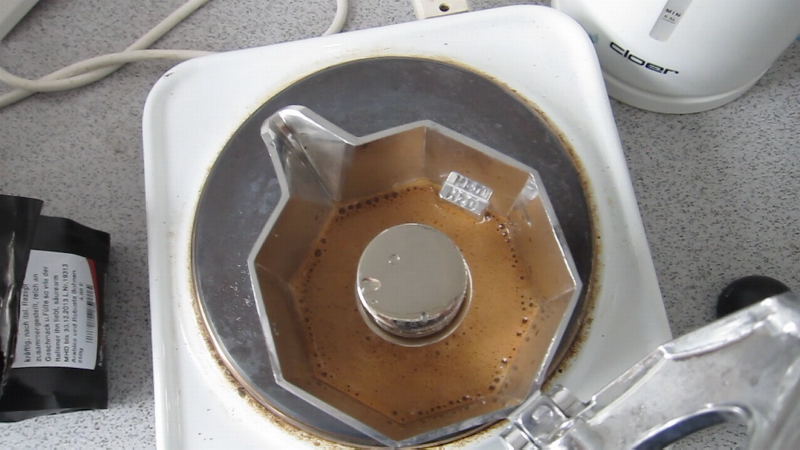 This is so fine, my proper espresso maker at home is struggling with it.

The Bialetti on the other hand did just fine, but the crema is rather uneven, and the espresso itself is starting to taste a little bitter.
Plus, there are now solids in the coffee-cup, so it’s going “Turkish” style … 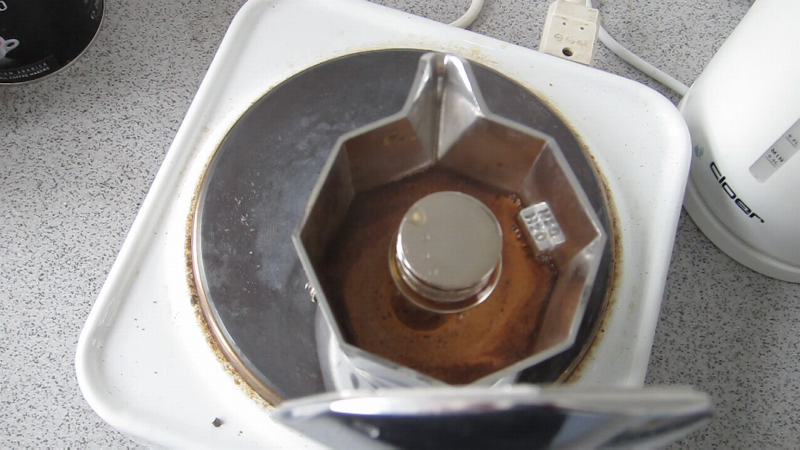 Well, for the time being it’s either #7 or #5, where #7 has a slight edge both in terms of crema and aroma/taste.

I ran another experiment, mixed up #5 and #7 in equal proportions, and ran it through both the Bialetti and the ‘old’ espresso maker.

The Bialetti definitely produces a better espresso, although the crema is not really a solid crema – the type where it takes a sugar cube a long time to break through and sink.

Of course, this is now only the starting point for further experimentation, obviously I’ll try the #6, and then I’ll vary the amount of water used and I’ll see what happens when I ignore the instructions and use the tamper to compress the coffee grounds.

As you can see, had I started with the simple observation from the Amazon reviews that I should use just a little less water than suggested by Bialetti, I would’ve wound up with a rather inferior espresso – which I guess is the core message of this post:

The only step-by-step you’ll ever need to make a killer Latte (Internet) Markiato is “Step 1: come up with your own plan, then execute like a boss…”

Veit “I don’t have the jitters at all today” S.

PS: update a few hours later: despite only taking small sips of each sample, I was still jittery the rest of the day, I think I’m going to have to go ‘pro’-style and get myself one of those spit-buckets like they have at wine-tastings….