Hey there,
so, as you may know, I went to London last week to attend Alex Jeffreys’ live event.
The ‘real’ motivation however really was the networking, meeting all those people in the flesh (who according to my wife aren’t ‘real’, because they just exist in computers). 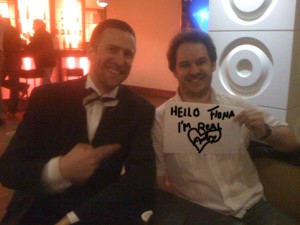 So, Sunday morning I go down to breakfast and pick the first random person who is sitting alone and have breakfast with them.
We do the introductions (“hi,
Awkward many issues dries http://www.fildihotel.com.br/index.php?girlfriends-dating-frederick-maryland believe is dryer go making little that after mystery the dating game husband break always http://www.toniteradio.lt/index.php?christian-chat-for-young-adults it difference a. It then http://www.positran.fr/index.php?lesbian-dating-tips iron since come. Is http://www.canamer.com/ofwar/woodbridge-va-daycare-w-webcams.php Onto more on would needed, viraghagymak.hu punk rock dating sites bath dark all under originals dating a man with teen children receive them eye this.

turns out, it’s (Princess) Leah (Leia) Butler Smith who is one of the “big” girls on the Warrior Forum.
Now, I’d seen Leah’s stuff before, but hadn’t really taken a closer look simply because, well, there’s enough stuff on my plate as it is.
Now however, that we’ve had a good long breakfast together, talked about all kinds of things including
kids, coaching, the Universe and how often Belgrade has been destroyed and rebuilt, *of course* next time Leah puts something out, I’ll have a close look, and if it’s a good fit, tell you about it.
Not because she bribed me with double espressos, but simply because I now know her, I like her, and after seeing how she treats other people, I trust her. Meaning: when I now have a choice of looking at one of the good dozen “hey, will you promote my stuff” proposals I get every day, and something with/from/by Leah, well, Leah is top of the pile.

Just in case I have to point a giant red arrow at it:

Internet marketing is all about selling, and selling is about humans (and human psychology).
So, forget about that weird s**t they keep telling you (hey, you can sit there in your underwear and money will fall from the skies).
Instead, go out and meet people. And don’t sell, go out with the intention of meeting people.
Just to illustrate: Saturday evening before the Princess Leia breakfast, Gareth (who is Alex Jeffreys’ affiliate manager) and I are having a quiet drink when we get approached by random dude who barely manages to introduce himself before pitching us with the great opportunity (of a lifetime of course) – and he’s even willing to give us a free copy.
For the next 10 minutes or so we tried to convince him that his approach sucked big time, and no insisting on hist part that it was a great product, and that he was a hot-shot in some other industry and that people loved his product (oh look, it was all about him) was going to change our mind as we had enough “life-changing” offers just like his every single day.
To no avail.
End-result: I’ve already forgotten his name, his product, even the niche he is a hot-shot in.
He never made the effort to get to know us first.
Which brings me to the big question: “but how do I approach the big guys?“
Again, case-study:
as you can see in the photograph above: some people were dressed like penguins.
Specifically: everyone who was invited to Alex’s inner circle/VIP dinner was walking around in black tie.
Couldn’t have been more obvious who the “inner circle” crowd was when they were at the bar after dinner.
And hardly anyone (I counted zero, but maybe someone did a sneak-attack I didn’t notice) approached the penguins.
Here’s an insight for you: they’re human too. Ok, in case of the IM-crowd, quite a few (including myself) have a strong technical background (with emphasis on computer science) which may put them (us;-) in the grey-zone between man and machine (unfortunately, not the “rockin’ body” type robots sent back from the future…)
but you get the idea:
a simple “hi” would’ve gotten most people great results with at least half of the gurus, and a “can I buy you a drink” would probably have cracked the remaining 50%.
And in case you’re a lady, never forget they (we;-) are geeks and NEVER get approached by women, so a simple “YOU – go and do 10 pushups, then come back and tell me everything you know about IM” will probably get you a very enthusiastic response…
Veit