a couple of things that are fun, useful, or both:

It’s a fun little artificial intelligence program where it asks you questions and guesses public figures based on your answers.

Apart from being addictive (the only one it didn’t get so far is Kevin Spacey…), there’s also a useful marketing lesson in there:

it’s one of those insanely viral things, that explode over night, you play with it, and then…

… well, get on with your life.

And the akinator will have made very little money in the process. 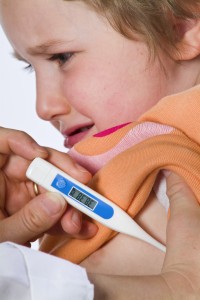 Ok, it depends on your definition of “very little”, but even if they sell a few ten-thousand apps at $1.99 each, it hardly goes towards “building a real business”.

So, these guys who have got a seriously good toy there, and it has gone viral for the very reason that it is so good, will make a little money.

So, when you look at all those gurus that tell you to cash in on ‘viral’ traffic (ideally by putting out ‘engaging’ memes (square(ish) images that are fun or controversial), my question is:

how the heck do you ever hope to monetize that in a serious way?

First of all you’re relying on luck (the Akinator is viral by design, “Gangnam style” has viral potential by design, … most meme’s are, well …), and secondly there’s hardly ever the question how you’re providing VALUE to the consumers of that viral piece.

Incidentally, there’s something even worse going on with most viral poo:

the consumers don’t give a damn who YOU are, they just want the fun or controversy.

Which usually results in YOU making even less money.

If you decide that viral is the way forward, make sure it’s by DESIGN!

And by DESIGN I mean: it has a high chance of going viral because it was designed that way, and – even more importantly – it’s designed to help you achieve your business goals!

I don’t know about you, but my inbox has been littered with ‘coaching offers’ beginning of the year, and they’re spreading like a bad cold…

And the vast majority of them I’d categorize as nothing better than pyramid schemes: 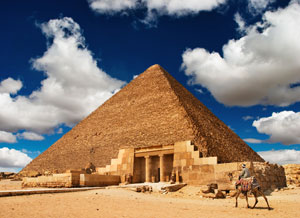 Don’t get me wrong:

coaching and mentoring is in my opinion THE #1 fastest way to achieve your goals. Leverage the experience, knowledge, connections and insights of those who have gone before you.

But make sure they’ve actually GONE before you, and not just picked up a nice new model for marketing information on how to do the stuff they haven’t actually ever done themselves!

In case you’re tempted (and tempted you should be, because in most cases they’re using heavy-duty sales-psychology, some of it very slick!), ask these 2 questions:

Regarding the 2nd question:

if your objective is to sell information in the Internet Marketing space, ouch.

if the objective is to build an empire of adsense sites, publish tons of Kindle books or drive traffic to Amazon for pittance, then ouch.

if the objective is to do some viral poo, … well, you get the drift.

In other words: if the coaching offer doesn’t explicitly demonstrate how this is going to create massive value in the market-place, it’s probably really only well-sold pyramid-powder (which is the ancient Egyptian term for snake-oil…)

The 5 Marketing Lessons That Turned Into 10

In my recent marketing lessons post, the 5 original lessons turned into at least a handful m 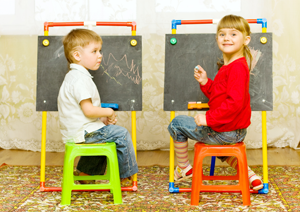 ore! Which I guess qualifies this for the ‘viral growth of marketing lessons’;-)

So, thank-you for the great feedback!

One of the biggest one that most people missed was that of asking for permission! Ideally as part of a “commitment and consistency” campaign.

It’s something that was first (to my knowledge) covered by Seth Godin more than 10 years ago in his book “Permission Marketing” and today it’s probably even more important than it was then.

Incidentally, “Permission Marketing” is Vol 2 of my monthly “Guru Cloner Series” which will go up in price significantly from Feb 2013. So if you want to get all that marketing wisdom condensed into a few short pages, now might be a great time to sign up!

If you follow the general “chatter” in the forums, and the leading Internet marketing blogs and sites, you’ll see that just like Google, we’ve now reached the point where we have too much content (it appears everyone is jumping on the ‘content’-wagon, some are even taking the ‘quality-content’-express…) … and Permission Marketing is going to play a HUGE role in getting people to consume YOUR content!

As we’re on viruses today, I’ll leave you with a funny choice of domain name (the exact domain shall remain anonymous;-). 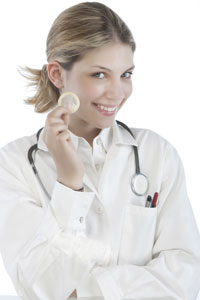 It’s the JV-page for someone who calls himself DrB(…), so his domain name reads like this ….drbjv….

Mhmm….. maybe it’s because my 8 year old son surprised us at breakfast with the question what condoms were for!?

We’ve got the feeling that he’s slightly worried that you have to wear them forever, as his main concern was how you pee when you have a condom….).

I had the pleasure of explaining the whole condom story in very child-friendly terms, as my 6 year old daughter was also present (and my wife was hiding in the fridge whilst I was trying to keep a straight face)