Le voila, Easter Monday I’m getting a call from an Oyster “please come down to Montpellier (and eat me)” (I might have mis-understood that last part, my French isn’t that good). So, my brother Till and I got busy mixing some delicious (not;-) and nutricious energy drink 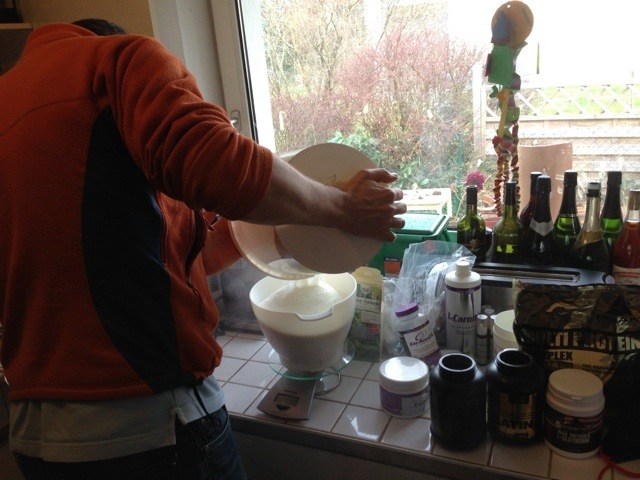 which did indeed kept us going for the 5 stages of about 160km/100 miles each,

but had an ‘interesting’ side-effect (which affected us every 10km…), the first time the moment we crossed into France. 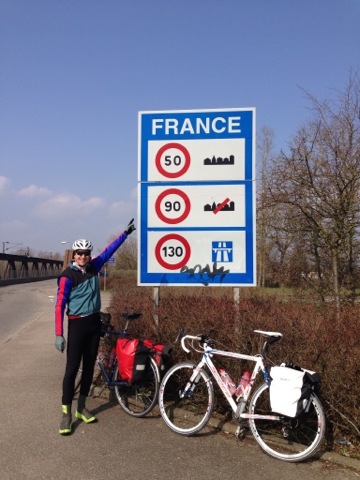 At this point we’re happy campers, the sun is shining, the terrain is pretty flat as we’re following the canal all the way to Baume-les-Dames (and then Besancon the next day), and – most importantly – we’ve got a lovely little tailwind pushing us along. When you look at the altitude profile, have a look at the highest point about 1/3 in (from the left) – what’s cool about that is that all the water on the ‘left’ (in the real world: north of it) runs off into the river Rhine and then goes into the North Sea, whereas the water on the ‘right’ (real world: south) runs down into the Mediterranean. And the most bizarre thing is of course cycling along a canal that has two locks both of which let the water OUT. Bbbbbut, what’s filling the top-bit? Must be one of those top-secret government things… Food isn’t quite as French as one would’ve hoped as we failed to realize that on an Easter Monday EVERYTHING is closed, including cafes and restaurants. So for us it’s home-made sandwiches and copious amounts of ‘plastic-water’ – the lovely mix of energy drink, vitamins and protein powder we’d prepared – all with a very, very natural flavour of course;-) 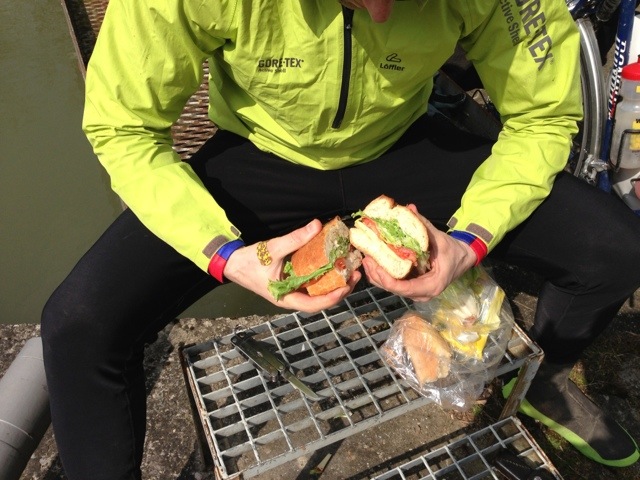 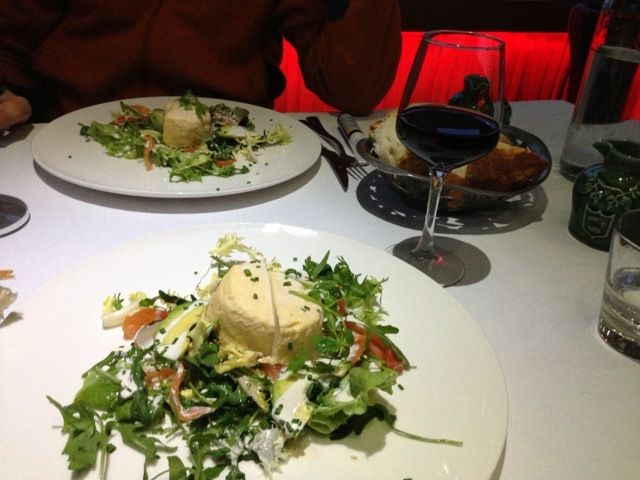 The hotel itself was a rather odd place – the rooms themselves were rather basic (from a marketing perspective interesting fact: the hotel won the “pick me” prize simply because it was the first one to offer Wifi)