I needed a quick script coded up for one of my sites, so put a quick project up on Freelancer – and clearly stated that they have to mention a “secret” word: 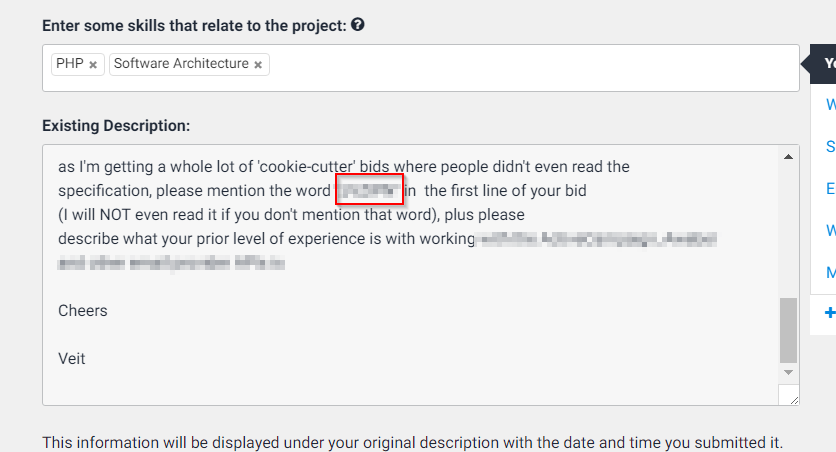 a full 2 out of 10 managed to include it in the first sentence.
(which incidentally is *unusual* – it’s usually somewhere between 0 and 1 out of 10….) 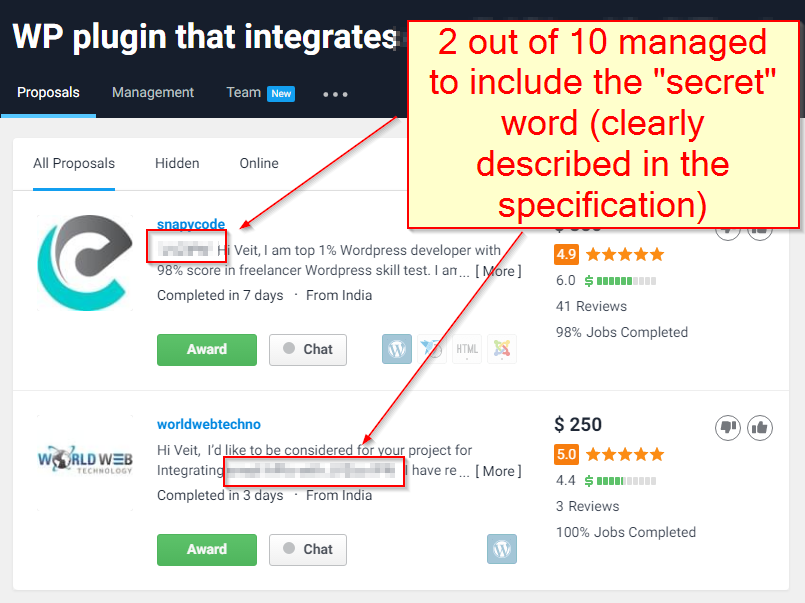 Now, here’s the bit where I’m getting excited:

one of the freelancers,

This too is extremely rare on Freelancer.com – and it’s a good (no: fabulous) sign!

Every time I hear an enthusiastic: “yes, sure, I can do it, and I can do it by yesterday” … I already know it’s not going to work.

Anyway, this isn’t just a random rant, but instead a gentle reminder:

you have to value your time!

whatever you’re doing, the main you should be doing is looking for ways/methods that minimise the time you spend on it, and maximise the results you get out of it.

… and no matter how “cheap” the offer by some of those who didn’t read the specification – it’s just not a good use of my time dealing with the fallout later on (and fallout there is, pretty much guaranteed)

Here are some examples of ValueYourTime (VYT)

your job would be to dive in, write down your top 5 take-aways, then rank them by “doability”, and get crackin’ on the most ‘doable’.

no point building massive fantasy-castles of what you *could* do (and if you need a deterrent – just picture Tim Castleman in a pink fairy-dress on a 3-legged unicorn hunting you down in case you do!)

Example #2: Ryan Lee has a lovely membership program (Freedym) where I’ve been member since … well forever.

… to get precisely the specific information I need right there, right then. Nothing more.

You could spend days, no, weeks in there … and learn about all kinds of wonderful things. But, my time is too valuable for that.

if I were to calculate it as “cost per login” … frig, that would be an insane number.

But, if I turn it into a “time saved” by not having to hunt around calculation … it’s a no-brainer for me.

Which is also why I seek out ‘courses’ that are based on case-studies where they also cover the stuff that did NOT work – that’s usually where you waste most of the time – trying to figure out stuff that *should* work, but isn’t.

Same goes for templates – if someone has made the effort to really dissect something and figure out what works and what doesn’t – heck, I’d be a fool NOT to leverage this.

Example #3: Chris Winters asked about Webinars in a FB post earlier today – have a look at his “deciding factor” response to a comment: (also read Stephen Boyle & Tom Graber’s responses) 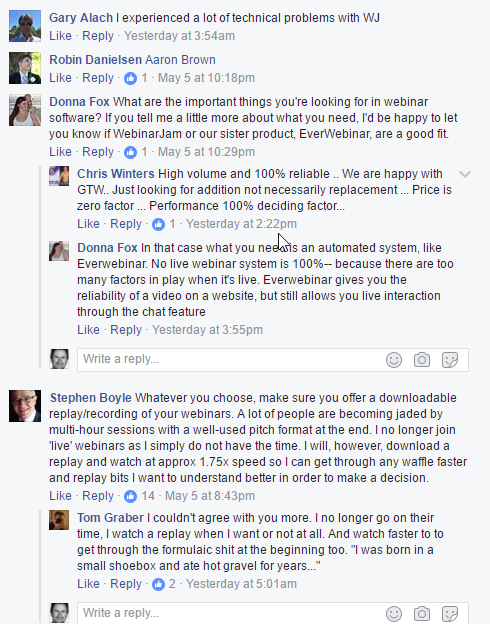 which is also why I’m restructuring many of my future webinars, videos etc – I’m looking to attract those who know that they value their time – heck, maybe I’ll do a webinar on just how to structure those kinds of webinars;-)

on on that happy note:

PS: knowing Tim, I  wouldn’t be overly surprised if he had some selfies of him riding a 3-legged unicorn…

PPS: and in case you’re wondering: I then ‘spend’ my time gained by watching a 2lb dry-aged piece of butcher’s art slow-smoke into a melt-in-the-mouth dinner for 4 in the smoker in ‘only’ 5h (click on it to see it in its full glory)